Blind from birth, Gordon Mote's piano skills were discovered when he sat down one Thanksgiving and played "Jesus Loves Me" with two hands. His parents, recognizing his talent, encouraged him to pursue music. He began traveling and performing with his brother who was also blind at an early age.

Two days after graduating from Belmont University with a degree in music, Gordon Mote joined Country legend Lee Greenwood's band as a keyboard player. Over the years, Mote has performed with Country headliners like Martina McBride, Trace Adkins, Tanya Tucker, and more. He also appeared on the Grand Ole Opry and traveled with Porter Wagoner.

He is also a studio musician and record producer, playing on both country and gospel recordings in Nashville, Tennessee. When Nashville studio musician Pig Robbins was unable to be at a recording session with Alan Jackson, he recommended Mote. That day, they recorded Jackson's 9/11 tribute song, "Where Were You When The World Stopped Turning," a number one song.

Many Southern Gospel fans became familiar with Mote when he joined the Gaither Homecoming Tour following the death of Anthony Burger. As fans recognized his talent, Mote developed a solo career that would eventually grow to the point that he ceased traveling with Gaither.

In 2017, Mote became the pianist and baritone singer for Canton Junction.

2005 Christmas Piano: The Holly and the Ivory (Spring Hill Records): 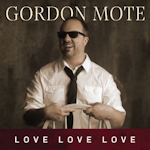