Rusty Goodman was born Vinemont, Alabama into a family of seven children. He learned to sing and play the guitar at a very young age and was an accomplished artist on the steel guitar at the age of fourteen. He began singing with his family at age 16 and continued to do so until he entered the U.S. Army in 1955.

After his military duty he spent time in the country music business singing with the popular Martha Carson group and, in 1959, he joined the Plainsmen Quartet as a bass singer. By the early 1960s, Rusty had returned to sing again as a member of the Happy Goodmans alongside his brothers Howard Goodman, Sam Goodman and Howard's wife Vestal Goodman.

Rusty also travelled with Govenor Jimmie Davis until 1962. He later moved to Gallatin, Tennessee where he and his wife Billie had their home until his death in November of 1990. He also composed many Southern Gospel songs over the years.

Rusty won several Singing News Fan Awards in the early 1970s and was inducted into both the GMA Hall Of Fame and the SGMA Hall Of Fame. His daughter is Southern Gospel artist and songwriter Tanya Goodman Sykes. 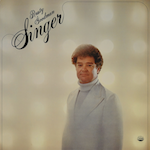 hi-res
1975 Singer (Canaan Records/CAS-9781): Small Lonely Hill; Prescription For Salvation; Because Of Calvary; Someone To Care; Lead Me To The Jordan; Let Your Fingers Do The Walking; Gloryland; Lord I Want You To Touch Me; Who At My Door Is Standing; Just As Long (Re-issued in 1998 on Homeland Records called Canaan's Classic: The Singer with an extra song called The Singer). 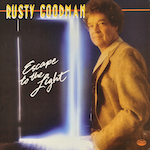 hi-res
1981 Escape To The Light (Canaan Records/CAS-9864): Jesus Knows All About It: Heartmender; Paradise; Only For His Eyes; I Escaped To The Light; All I Ever Have To Be; Hold On; The Woodsman; I Am; Wrapped Up. 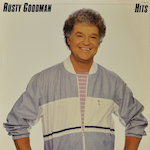 hi-res
1985 Hits (Canaan Records/CAS-9948): Jesus Knows All About It; You Make It Rain For Me; I Wasn't There; The Woodsman; How Much More; Leavin' On My Mind; Goin' Up Yonder; Heartmender; Small Lonely Hill; All I Ever Have To Be. 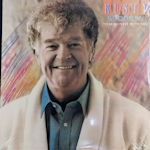 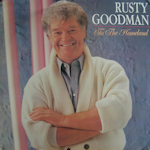 hi-res
1987/8 To Be Honest With You (Benson Records): It's A Miracle; Heaven Fell Like Rain (duet with Tanya Goodman-Sykes); The Prodigal Son; Who Am I; I'm Takin' Back What The Devil Stole From Me; I've Never Seen A Rainbow; I Give You Jesus; Through The Blood Of Jesus; I Talked To Him Today. (Reissued in 1988 on the Homeland Records label as To The Homeland with the addition of one song also titled "To The Homeland"). 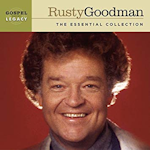 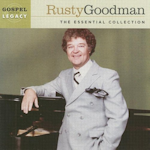 hi-res (alternate cover)
2005 The Essential Collection (New Haven Records): Who Am I; All I Ever Have To Be; The Woodsman; Leavin' On My Mind; Jesus Knows All About It; Someone To Care; I Wasn't There; I Am; You Make It Rain For Me; How Much More; Family Band; Because Of Calvary; Mizpah (The Lord Watch Between Me And Thee, When We Are Absent One ...) (Compiles performances from earlier Canaan masters).